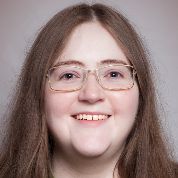 Joya is a Renaissance lutenist. She has a BA in Music from the University of York, UK and is currently pursuing graduate studies at Longy School of Music in Boston. Born in Haida Gwaii, Joya found inspiration from the landscape from a young age. Several of her early works were exhibited and sold in local galleries and the museum. Growing up in an artist’s home, she was surrounded by art from an early age. She was further influenced by seeing the works of Miro and Chagall on a trip to France when she was twelve.